SaltRx was developed by Hampton Research as a primary and secondary, salt and pH based crystallization screen for biological macromolecules.

The original SaltRx kit (HR2-108) contained 96 unique reagents, 10 ml each. This kit has been discontinued and converted into two 48 reagent based kits, SaltRx 1 and SaltRx 2, available separately, which when used together are identical to the original SaltRx. 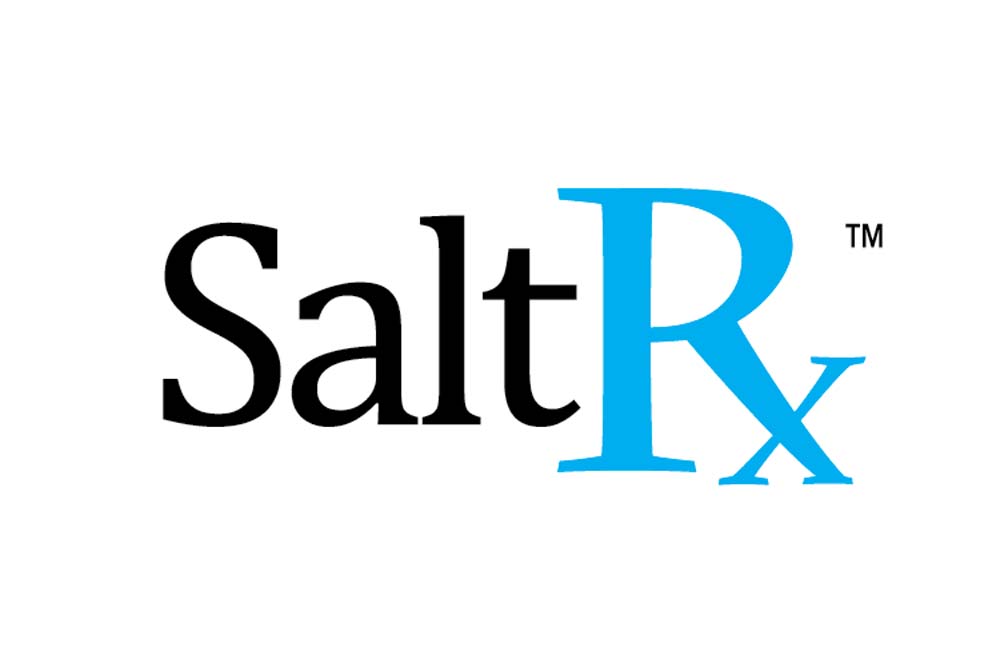 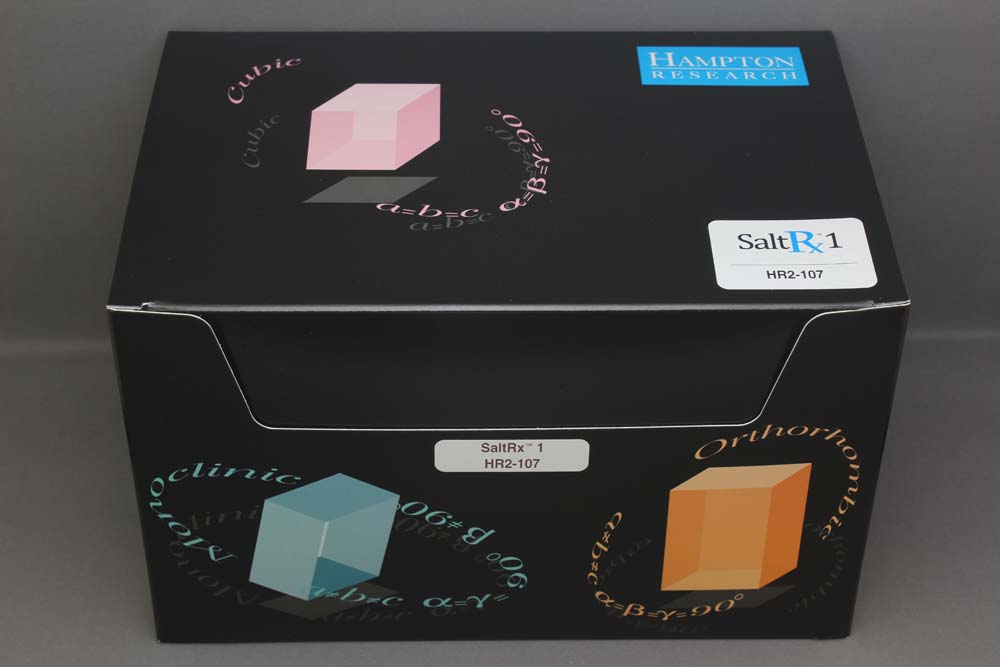 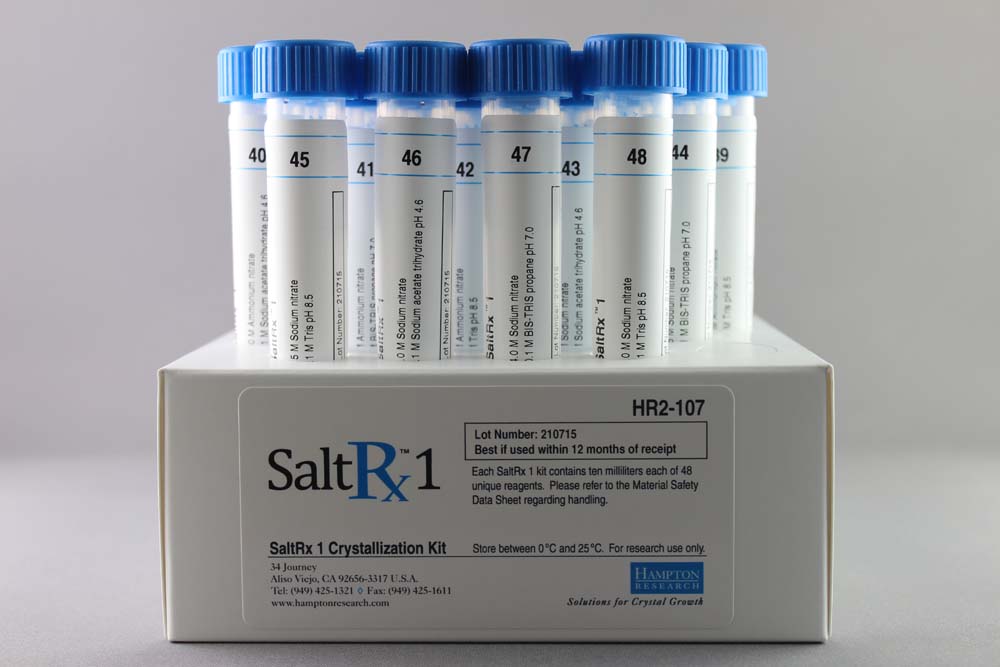 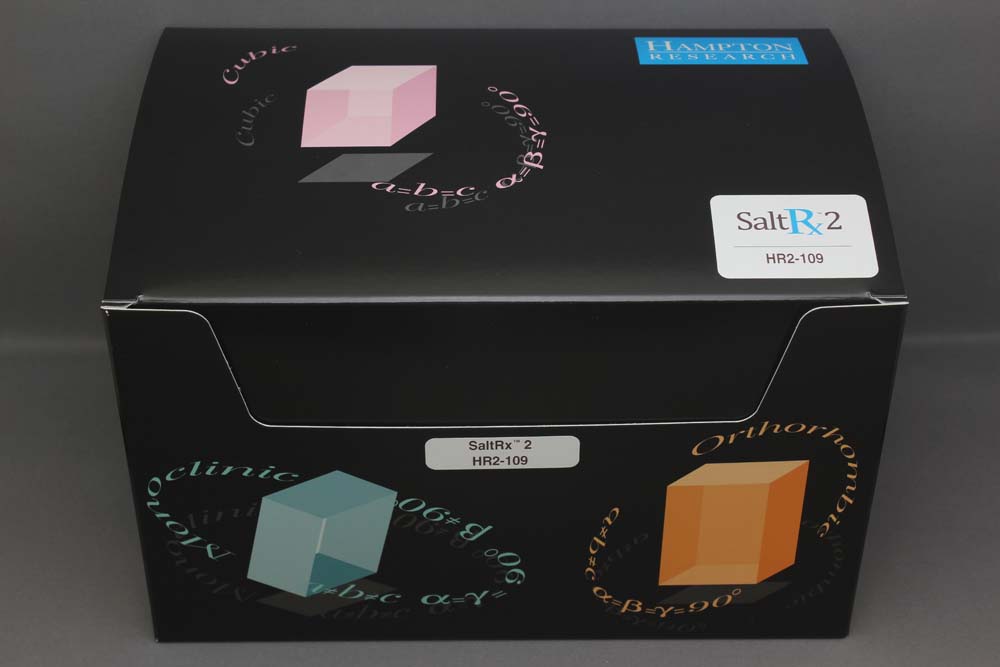 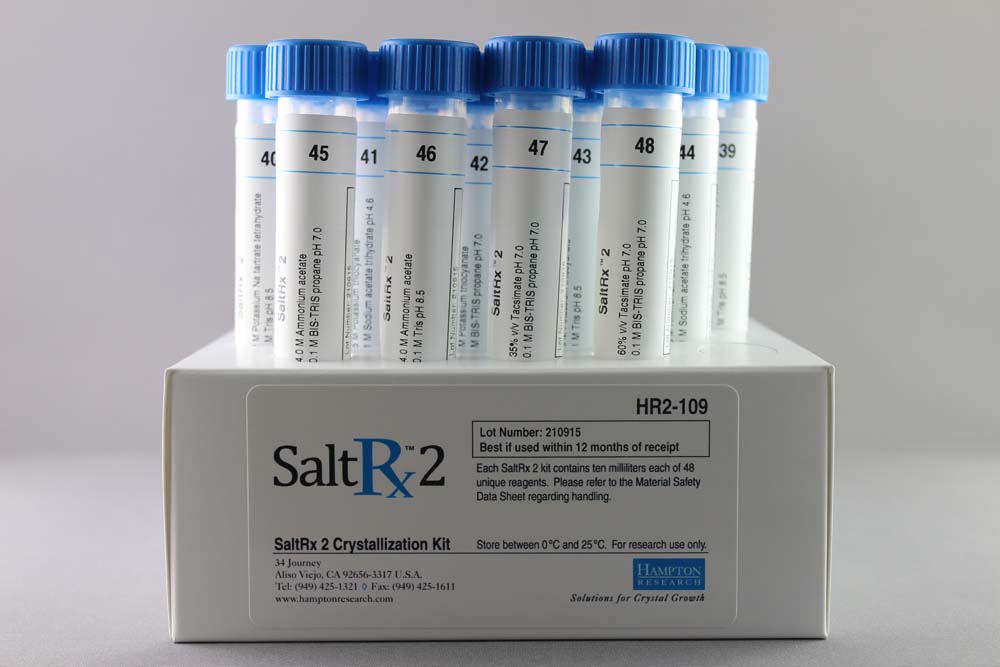 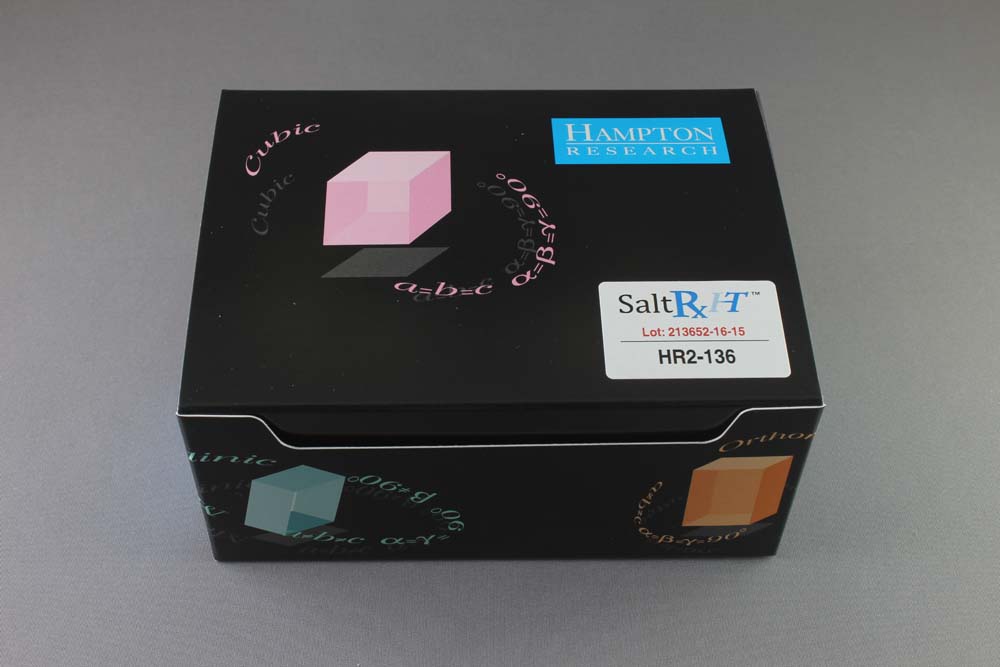 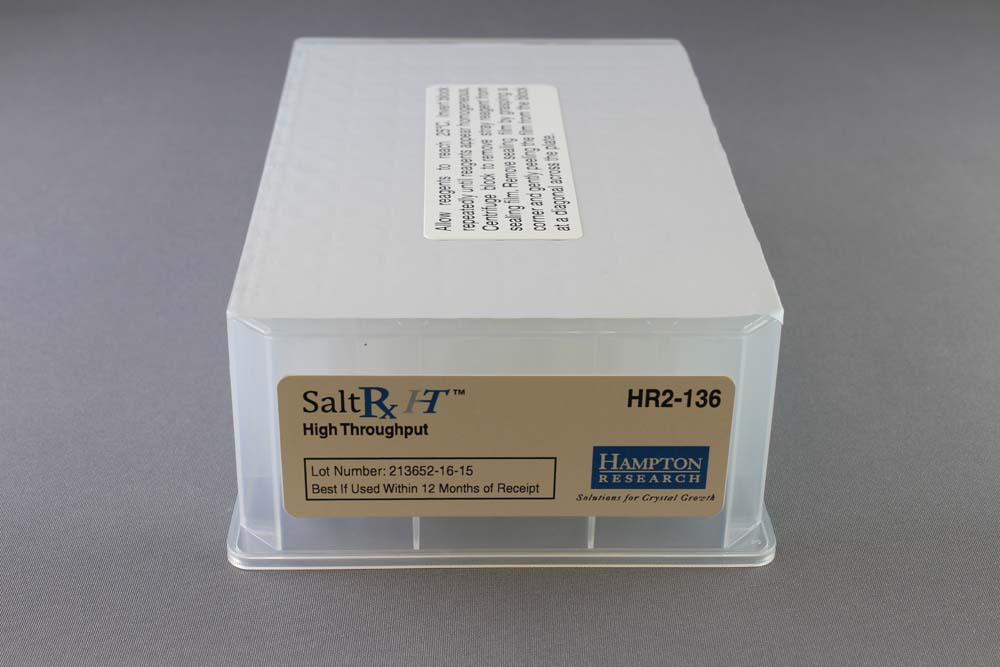