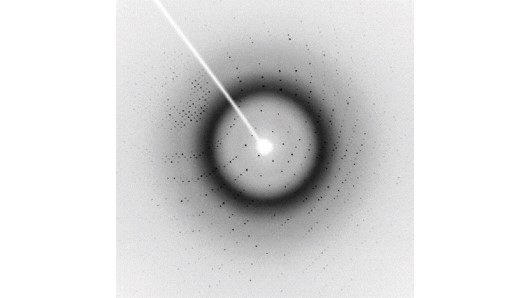 In viewing crystallization experiments, when crystals are observed, one must determine if the crystals are of the target biological macromolecule (protein) or salt (inorganic, small molecule) crystals. Before deciding on how to distinguish whether the crystal is salt or protein, take a picture of the crystal for documentation before you destroy the crystal or make it disappear.

When crystals appear in a sample buffer and reagent containing Magnesium, Calcium, Zinc, Cadmium, or other metal, and the prep, purification, sample buffer, or reagent contain or contained Phosphate, consider the possibility of salt crystals. Other combinations that can produce salt crystals include Magnesium and Ammonium, Calcium and Citrate, Carbonate or Borate with metals, Strontium and Citrate, Sodium fluoride in PEG or Salt, Ammonium sulfate and Phosphate, high concentrations of Citrate below room temperature, as well as a variety salts and metals in volatile organics after prolonged incubation with inevitable evaporation.

The most definitive test is to obtain an X-ray diffraction pattern of the crystal (Image 1). Want to take a less direct approach? Read on.

1. Dehydration
A protein crystal typically has a high solvent content and will dehydrate when removed from the drop, or the drop is allowed to evaporate from around the crystal (Image 2). Salt crystals typically do not possess large solvent channels and have very little solvent content. Removing a salt crystal from the drop or allowing the drop to evaporate from around the crystal will typically not destroy or change the appearance of the salt crystal.

2. Crush Test
A protein crystal behaves more like an ordered gel than a hard salt crystal and will powder, crumble, or fall apart easily when touched with a probe such as a Micro-Tool or needle. Salt crystals can also break apart, but they require more force and typically make a click or crunching sound when breaking apart under the force of a probe. The salt crystals are typically more dense than protein crystals and once broken, the pieces fall quickly and stay put on the bottom of the drop.

Image 3
A protein crystal before (left) and after (right) being bullied by a probe. 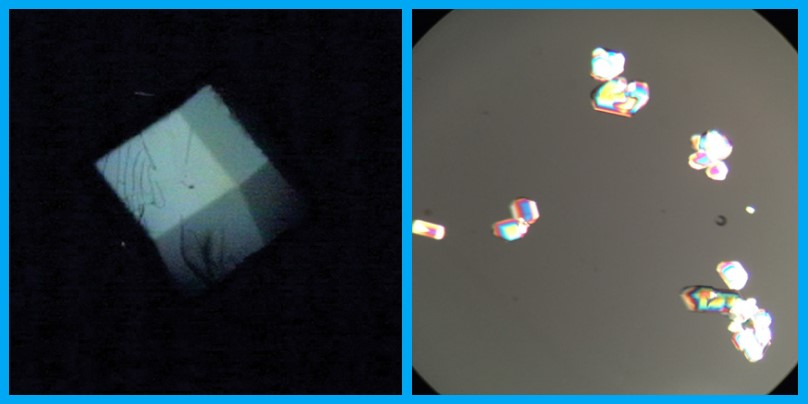 4. Dye Absorption
A protein crystal typically has large solvent channels which will accommodate a small molecule dye. Small molecule dyes (Izit Crystal Dye HR4-710) can travel into these solvent channels and color the crystal (Image 5 and 6). Salt crystals do not possess such solvent channels and will not absorb the small molecule dye. Water soluble dyes have solubility limits. So it is possible that a crystal grown in a reagent of high relative supersaturation may have a reagent concentration that will precipitate the dye or even crystallize the dye. Most dyes under such conditions will crystallize into needles or whiskers and of course be colored. So before adding dye, take a picture or memorize the location of crystals in the drop in case the crystal itself forms crystals. Finally, diluting the drop with dye can sometimes decrease the relative supersaturation in the drop to the point where the protein crystal will dissolve. Once the drop equilibrates again with the reservoir, the crystal may reappear and it may appear in a location different from the original crystal. 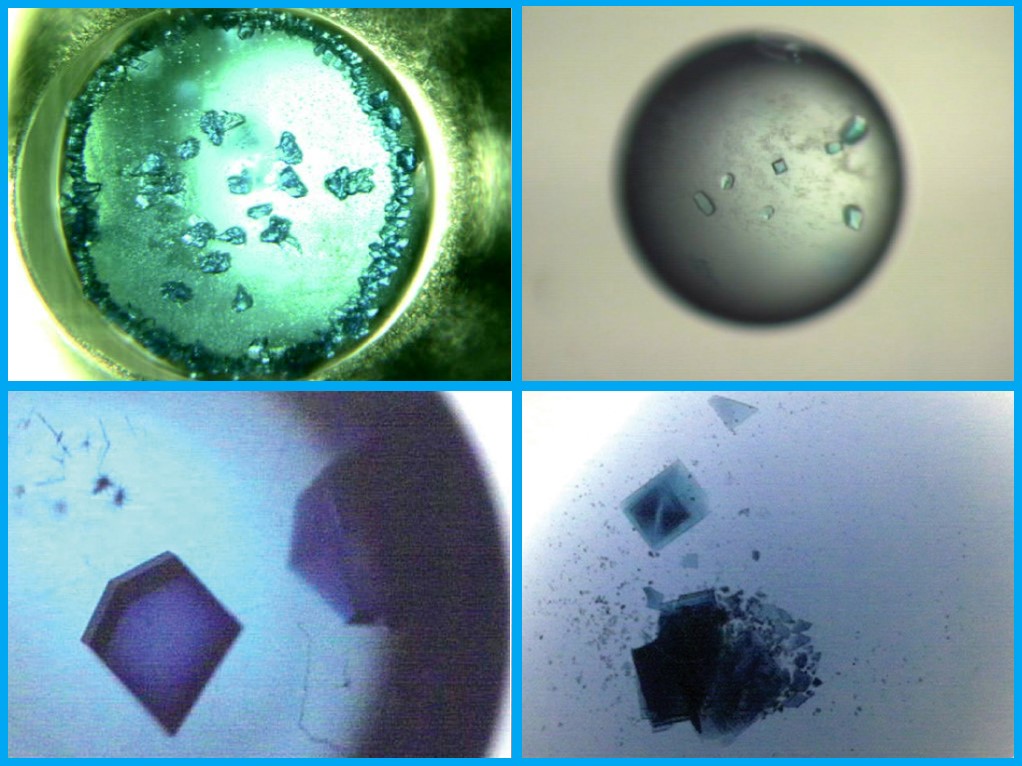 Image 6
Protein crystals before (left) and after (right) Izit dye.

6. Run a Gel
Collect, wash, and dissolve the crystals. Run the sample on SDS-PAGE. If a band indicates the presence of your sample, there is a high probability that your original crystals are protein.

7. Trial by Fire
Transfer a drop containing one or more crystals to a glass cover slide. Using the appropriate safety protocols and materials, pass the cover slide over the flame of a Bunsen burner several times or more until about half of the liquid from the drop is removed. Protein crystals will be destroyed, where salt crystals typically remain. Reference: Trial by Fire: are the crystals macromolecules? Kannan Raghunathan, Paul T. Harris, and Dennis N. Arvidson. Acta Crystallogr Sect F Struct Biol Cryst Commun. 2010 May 1; 66(Pt 5): 615–620.

8. Crosslinking
Transfer the crystals into 2% v/v Glutaraldehyde or add 2% Glutaraldehyde to the drop containing the crystals. Protein crystals will cross link and turn amber and either retain their shape or turn into a gelatinous mass. Salt crystals remain unaffected or may dissolve over time but do not turn amber. Reagents containing free amines such as Tris and Ammonium salts can interfere with this method.

9. Looking Below
Check the reagent well for the presence of crystals of a morphology similar to those in the drop. Yes? These are likely salt crystals from evaporation from and dehydration of the experiment, from either a very old experiment or a poorly sealed experiment.