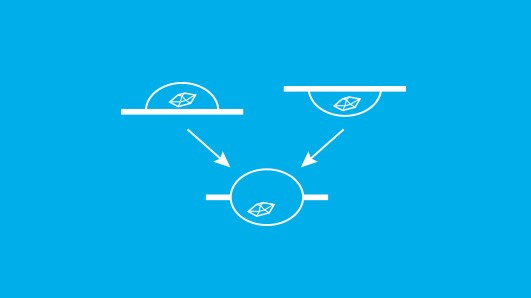 Converting Vapor Diffusion to Microbatch
When the conditions for growing protein crystals by sitting or hanging drop vapor diffusion are known, crystals of comparable or sometimes better quality can usually be produced by microbatch under oil using the following guidelines. Unless stated otherwise, for microbatch, the concentrations of protein and reagent below refer to the concentration in the drop after protein and other reagents have been mixed.

Spotting a Batch Process in Vapor Diffusion
When crystals form within minutes, or within 24 hours of creating the sample and reagent drop in a vapor diffusion experiment, the process is likely to be batch rather than vapor diffusion.3 Longer equilibration times (a week or longer) are associated with low ionic strength reagents, such as polyethylene glycols, so the crystallization process in such reagents are quite likely to be batch.3 Even though shorter equilibration times (complete in as little as 4 to 5 days) are anticipated with higher ionic strength reagents, such as salts, crystals appearing in such reagents in 24 hours or less most likely resemble a batch process instead of vapor diffusion.

The vapor diffusion protein concentration is that immediately after the drop is created by mixing one-part protein to one-part reagent well, and before any equilibration can occur. In the example of glucose isomerase, crystals appeared within an hour of setting both vapor diffusion and microbatch drops. No equilibration in the hanging drop was needed for crystals to appear. At the moment the vapor diffusion drop was set, the protein, and reagent concentration were identical to that of the microbatch drop.

The vapor diffusion protein concentration is that immediately after the drop is created by mixing one-part protein to one-part reagent well, and before any equilibration can occur. The example with Trypsin inhibitor illustrates how even in experiments when a protein is crystallized by changing pH using vapor diffusion, it can be possible to grow crystals microbatch without a pH change. Trypsin inhibitor was solubilized in 20 mM Sodium acetate pH 3.5 and equilibrated against 20 mM Sodium acetate pH 5.0. Microbatch crystals were grown in Sodium acetate pH 5.2 and a higher protein concentration.

A PDF version of the this page is available to download in the reference material(s) section below. In addition, there is a Vapor Diffusion to Batch Calculator Excel based spreadsheet that allows one to enter vapor diffusion crystallization condition data in order to generate a best guess microbatch condition.